1) Nice writeup from Good Day Books in 2007 prior to an appearance by Kenny at the shop.    http://www.gooddaybooks.com/contents/Booknotes/1180325817?language=english

2) An American in Tokyo: Don Kenny and his English Kyogen

3) In 1989 The Japan Times published “The Kyogen Book,” a collection of 30 Kenny translations (and one original) and the first full anthology of kyogen in English since Shio Sakanishi’s “Japanese Folk Plays,” which was  first published in 1938.  Read Kenny’s intro to kyogen from his book here:   Intro to Kyogen Book by Don Kenny 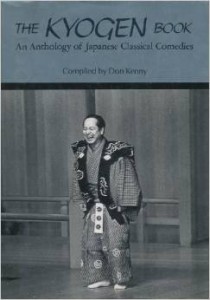